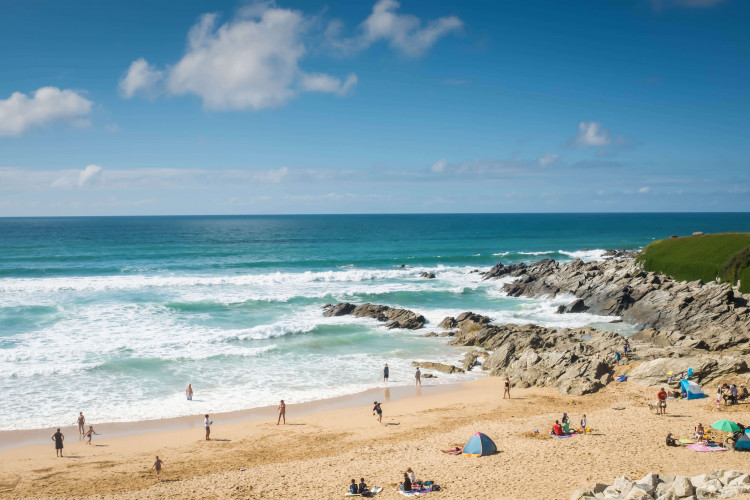 Published by Tom Hall, within the category of General and tagged with Michelin Star, cornwall, local area, and driftwood hotel

“Here where the cliffs alone prevail/ I stand exultant, neutral, free, / And from the cushion of the gale/ Behold a huge consoling sea.” – Sir John Betjeman.

Much like Ireland, Wales and Scotland—Cornwall is its own place. Yes, it’s a county in England, but it cannot be passed through. It is a lone hand, reaching out, open palmed— ready to intercept the brine reckonings of the Atlantic.

It’s not another shire, seen in flashes from a motorway; obscured by scrub embankments and graffitied bridges. What county was that?

No, Cornwall is a destination. A land of pilgrimage for writers, artists, foodies, ramblers and surfers, and everyone in between. It’s the ends of the earth, but the beginnings of an adventure.

Whilst visiting Cornwall, here are the things you must see, do and experience. Obviously, there’s more than a blog’s worth—but you didn’t come for a lecture. 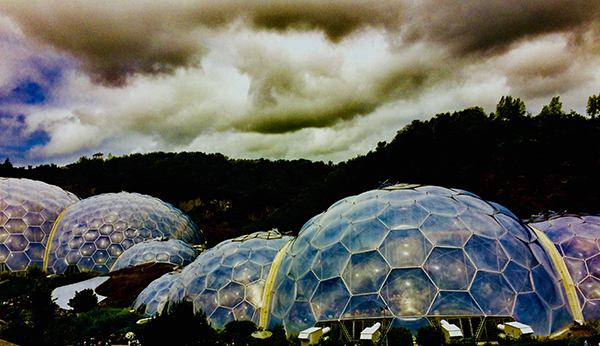 The Eden Project in Bodelva is one of the greatest botanical attractions to be found anywhere in the world. As the automatic doors of the tropical biome squeak open, you’ll pass from Cornwall into the humid rush of a tropical utopia.

Here you can casually investigate a vibrant, sometimes bizarre jungle – with rope bridges, a waterfall and upwards of 1000 plant species.

It’s not surprising that The Eden Project is a five-time winner of the British Travel Awards’, Best UK Leisure Attraction. What Eden offers is an unparalleled visual, sensory and educational experience.

As a musical extra—The Eden Sessions continue to, and have hosted some big names in the past, including Oasis, Muse, Primal Scream, Bastille, Mumford & Sons and many more. 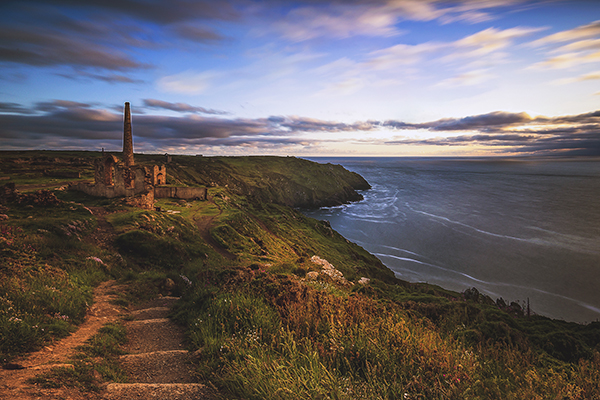 No one who watches Poldark or has read the books is under any illusions as to where it’s set—a proudly Cornish tale.

It’s impossible to watch Ross galloping (on horseback) beside a cliff edge, during the golden hour, without wanting to gaze upon a beautiful Cornish seascape yourself. The mines, perhaps, have a different effect. Descending into the darkness of Wheal Leisure isn’t so romantic.

Much of Poldark is filmed on location in Cornwall, including the mines—which are part of a Cornwall and West Devon UNESCO World Heritage site. The mining landscape here, is of international importance. 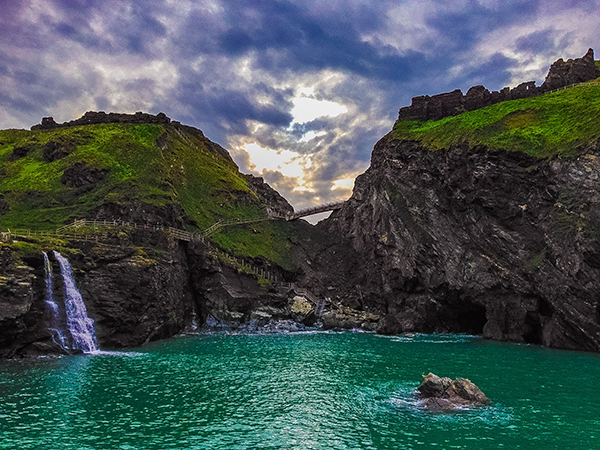 The stone ruins of an ancient castle, on a grassy hillside, high above the waves. Welcome to Tintagel. It’s an atmospheric place, even without a mythos.

But, it’s rife with Arthurian Legend. Despite the verdict still being out on whether King Arthur existed, or if he did—what he was. The legend of Tintagel endures. It is thought that King Arthur was conceived between its walls…

The story goes, that his father Uther Pendragon drank a potion, brewed by Merlin. This beverage was a tad magical and transformed Uther into the likeness of Arthur’s mother’s absent husband. Follow? Uther then snuck into Tintagel and slipped into her bed. Her real husband, Gorlois of Cornwall, was living elsewhere. Hardly sporting of Uther and quite disturbing.

Regardless, Tintagel is a Cornish icon and shouldn’t be passed over. 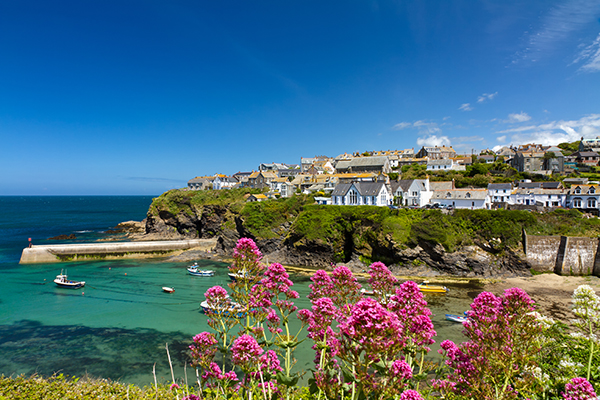 This tiny, time-still fishing village in North Cornwall is a remarkable place. Many know it as the real-life location of the fictional, Portwenn—home of Doc Martin.

However, not everyone one is aware of its musical significance. Port Isaac is also home to the distinguished (Port Issac’s) Fisherman’s Friends. Since 1995 they have been singing funny, sad and poignant sea shanties in the traditional acapella way—for locals first, then nationally.

Most bands would like to claim uniqueness, but the Fisherman’s Friends have no equal. The finest way to see them perform is on the platt in Port Isaac, for free; framed by the harbour and backlit by the summer sun, as it melts away, revealing the stars one by one. 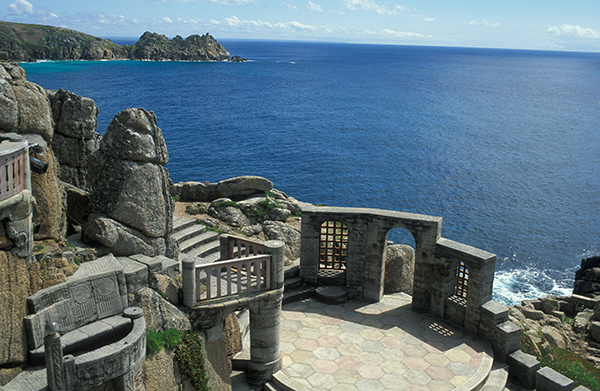 See a production at a wildly dramatic theatre

Seeing a production at the Minack is windy, has a seabird soundtrack, but completely charmed. Fantastical almost.

An open-air theatre overlooking ocean swells, carved like a Romanesque monument into raw coastal rock. Once, this was a fever dream. Now, it is a world-renowned reality. Each year the Minack Theatre welcomes over 80,000 people to enjoy theatre, music, and transcendental views of Porthcurno bay.

Check out what’s on at the Minack and book a ticket for an evening that’ll never fade. 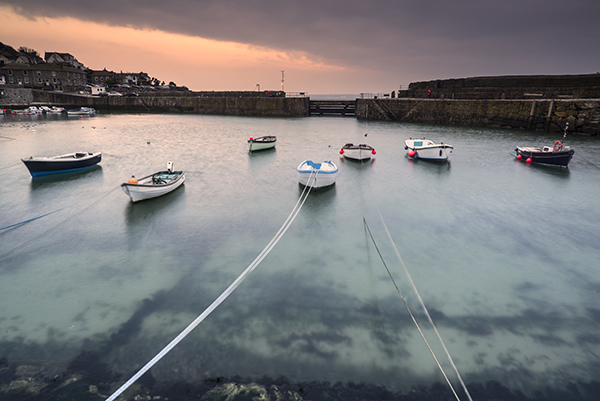 St Ives is not just an “arty” place. For more than 100 years artists from all over the world have been seduced by its beauty and free-thinking, creative community.

Famous modernist artist and sculptor, Barbara Hepworth, lived and worked in St Ives for almost four decades. She was one of the few female artists of her generation to achieve international recognition.

Modern St Ives nurtures its artists, with many unique galleries and a painting school. None of the galleries are worth missing, but if you’re short on time—then, of course, it must be the Tate St Ives—winner of the 2018 “Art Fund Museum of Year Award”. 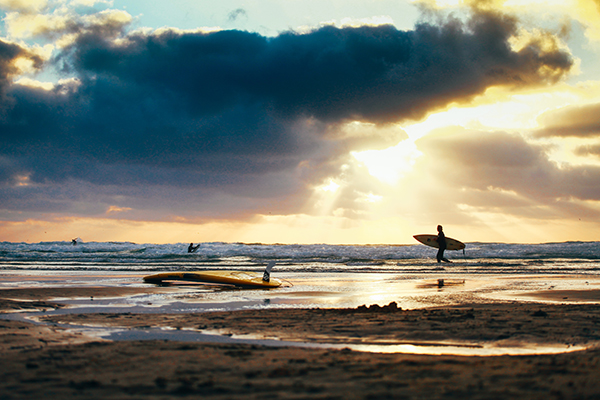 Catch a wave at Fistral Beach

Cornwall is, undisputedly, the surf capital of the UK and Fistral Beach in Newquay is at the centre of the South West surfing world.

What makes Fistral ideal for surfing, is its west facing aspect—exposing it to leviathan storm swells, like saltwater hills raised by the churning of the deep ocean.

You may never have set foot on a surfboard and never intend to. This doesn’t stop you taking stroll on a pretty, pure sand beach. It doesn’t stop you watching talented surfers either. Whatever your thoughts, Fistral is more than a surfer’s paradise. 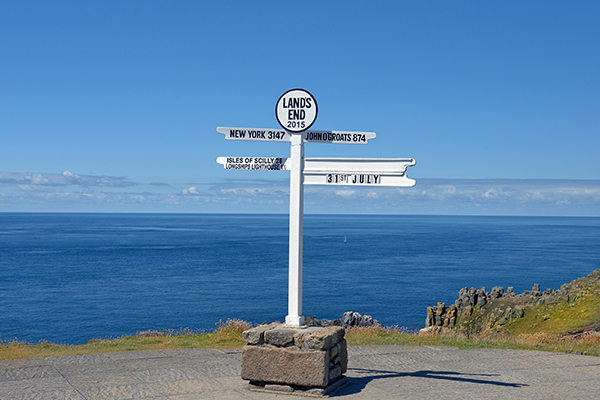 Stare thoughtfully out over Land’s End

It’s less a suggestion and more something which naturally happens when we stand on open headlands.

Land’s End is what it sounds like, the end of the British mainland. During warmer months, a fragrant carpet of heather and clusters of trembling wildflowers give way, and in their place is a marine plain and big sky.

The feeling of being at Land’s End is existential—everything behind, the unknown ahead. Here, the sonorous ocean; the white noise of our planet, is omnipresent. It’s easy to dissolve into a natural trance, where nothing but you and wonder of the world exists.

Perhaps this is the sense of freedom, of which Betjemen writes. 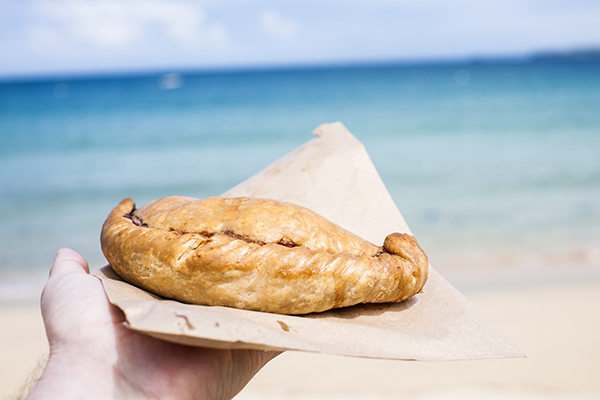 You may eat scenic landscapes with your eyes, but what about your rumbling stomach after a day spent exploring?

Go anywhere else in the UK (except Devon) and pasties are often regarded as a country bumpkin novelty. The feudal fodder of those without Pret a Mangers. It’s true, a pasty will never contain emmental, avo or smashed beets. Or, it shouldn’t.

What is should be filled with, is hearty local veg and tender beef.

In Cornwall, pasties are taken seriously, created with a passion and sense of pride—which visitors are welcome to share in. Alongside pasties, Cornwall is envied for its fertile fisheries and has perhaps the best seafood restaurants in the country.

Because you don’t want to compromise on your Cornish experience, how about sea-views, a private beach, Michelin starred dining and a blissful night’s sleep? For that, there’s Driftwood. Making real, your Cornish fantasy. 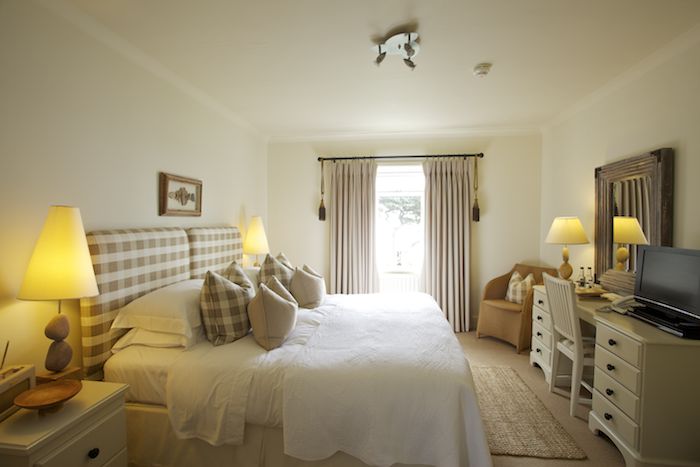