And Did Those Feet: Discover England’s Jerusalem on the Roseland Peninsula 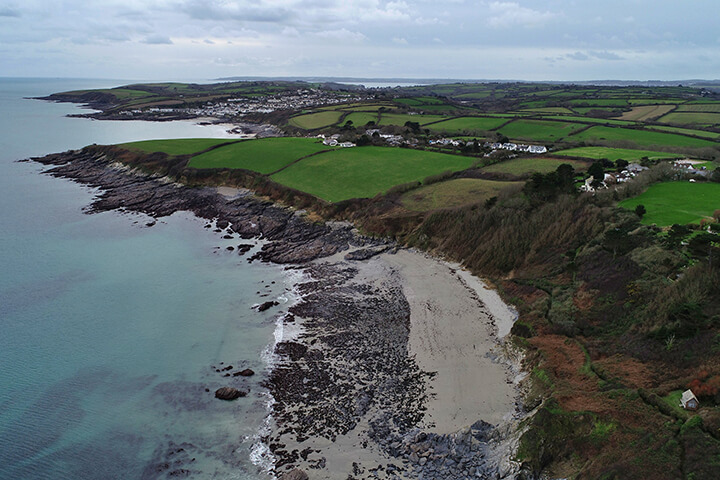 Published by Skye Onley, within the category of General and tagged with cornwall, England’s Jerusalem,, Roseland Peninsula,, and Cornwall,

Like any mist-shrouded isle or headland that begins and ends in nothingness, Kernow breathes mystery. From Tintagel in the north, its castle rife with fantastical tales of King Arthur and the Round Table. To the westerly Zennor, where the land succumbs to the Atlantic at the spot where a seventeenth-century local, Matthew Trewhella, slipped beneath the waves to marry a mermaid.

Tin is the ore but myth and legend are surely the mettle of this wild landscape. On the south coast’s pristine Roseland peninsula, a lost Garden of Eden has harboured the most legendary tale of all…a tale of Cornish tin, Celtic Druids, and history’s most famous man. Have you heard it?

Did you catch any of the London Olympics? Danny Boyle opened the 2012 Games with England’s unofficial anthem, a rousing tune King George V preferred to God Save the King (although who knows what he would have made of the later Sex Pistols’ rendition).

Jerusalem. William Blake wrote it to preface his 1808 epic -and radical- poem ‘Milton’. It discusses a Cornish legend of epic proportion, which has only recently claimed screen time. In 2009, a trailblazing Scottish minister rediscovered the legend and produced a film. ‘And Did Those Feet’ publicised the legend that Jesus travelled to the Westcountry with his Uncle, Joseph of Arimathea, a merchant trading in Cornish tin. Strachan took the extraordinary view that the story was true. In an interview, he told BBC Four that the young Jesus:

‘needed to go around to learn bits and pieces about ancient wisdom, and the druids in Britain went back hundreds if not thousands of years. He probably came here to meet the druids, to share his wisdom and gain theirs.’

A bit like interrailing, or Thai full-moon parties for the ancients. 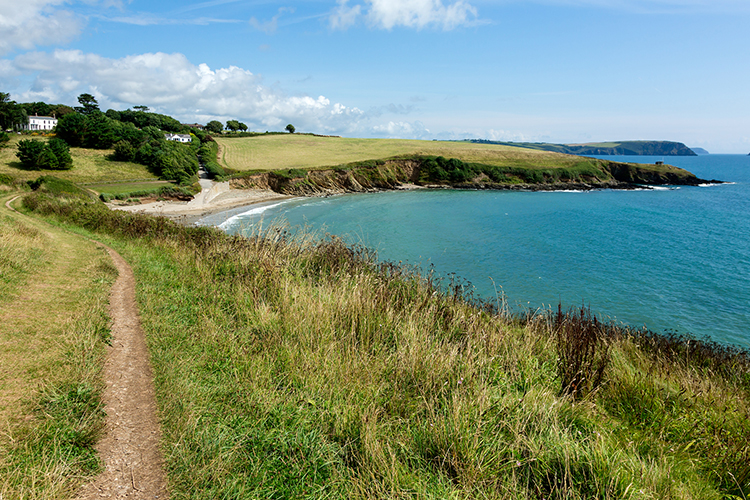 Unbelievable? Actually, no…over two thousand years ago, the port of Ictus on the south coast of Dumnonia (Devon and Cornwall) exported tin across the world. The Westcountry was a remarkably cosmopolitan hub in ancient times. Roddas note that the method for making clotted cream was traded with the Phoenicians on a tin trip to Cornwall in 500BC!

Jesus allegedly chose St-Just-in-Roseland for his Grand Tour. We can only imagine him meeting the Druids on Cornish soil, and all the weird and wacky things they got up to. The current church dates to the thirteenth century and is truly sublime. It rests within subtropical gardens teeming with ferns and foliage, with the estuary at its door and the sea on the skyline. At high tide, the water reaches up the quiet oak-wooded creek and washes Egret tracks from the shore.

Travel writer HV Morton, who famously covered the opening of Tutankhamun’s tomb in 1923, gave his own account in 1926. He called it ‘a Garden of Eden’:

‘There is a degree of beauty that flies so high that no net of words or no snare of colour can hope to capture it, and of this order is the beauty of St. Just in Roseland.’

Visit this ancient spot. You won’t regret it. 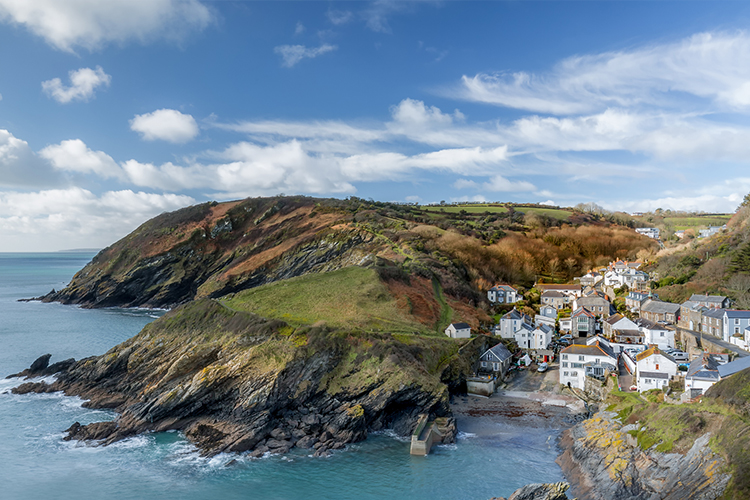 A Rose By Any Other Name

Some say Anne Boleyn gave the Roseland peninsula its name, during her honeymoon with King Henry VIII at St Mawes Castle. Upon their arrival, she asked where they were and, after receiving no answer (not the world’s most charming husband? She had no idea), turned to the roses and proclaimed ‘tis Roseland, forsooth!’

It’s likely the name stems from more romantic origins—Hal’s love life was more quantity than quality, after all. Roseland probably takes its name from the Cornish Ros-inis, meaning ‘Moorland Isle’.

Any view will tell you why. Expanses of heathland flecked with granite and gorse separate the pretty villages and verdant valleys from the blue gleam of the sea. The shoreline itself is a network of extensive bays and intimate coves. The sand line flows in a white cursive script between improbably green land and crystalline water.

Roseland’s exquisite seascapes make for idyllic walking. Conveniently, the South West Coast Path passes right across the peninsula, and is dotted with ample rewards. Hunt for secret beaches, take a dip in gentle waters, be blasted by a clifftop sea-breeze…then head to a proper country pub for a Tribute by the fireside.

A visit to the alluring peninsula makes it easy to see why Cornwall’s deep harbours and rich landscape made it a hub for world trade. Roseland today is a place of quiet magic. With its soft light and coastal palette, which have enchanted centuries of artists and art-lovers, it is easy to imagine a young messiah being drawn to its shore.

But walking in history’s footsteps is not the only way to revel in Roseland’s beauty. The villages of Portloe, Portscatho, and Gerrans preserve the slow pace of tidal life, with many locals involved in the fishing trade. Veryan is also well worth a visit. Its unique ‘in the round’ thatched cottages could be love-children of a toll house and Shakespeare’s Globe. Roseland’s provincial village, St Mawes, has a charming harbourside with picturesque whitewashed cottages and independent galleries, shops, and eateries. Between mid-February and June, don’t miss the Caerhays Estate. Their world-class gardens are aflush with Camellia, Rhododendron and Magnolia, and the thirteenth-century castle looks out to Caerhays beach and the glittering English Channel.