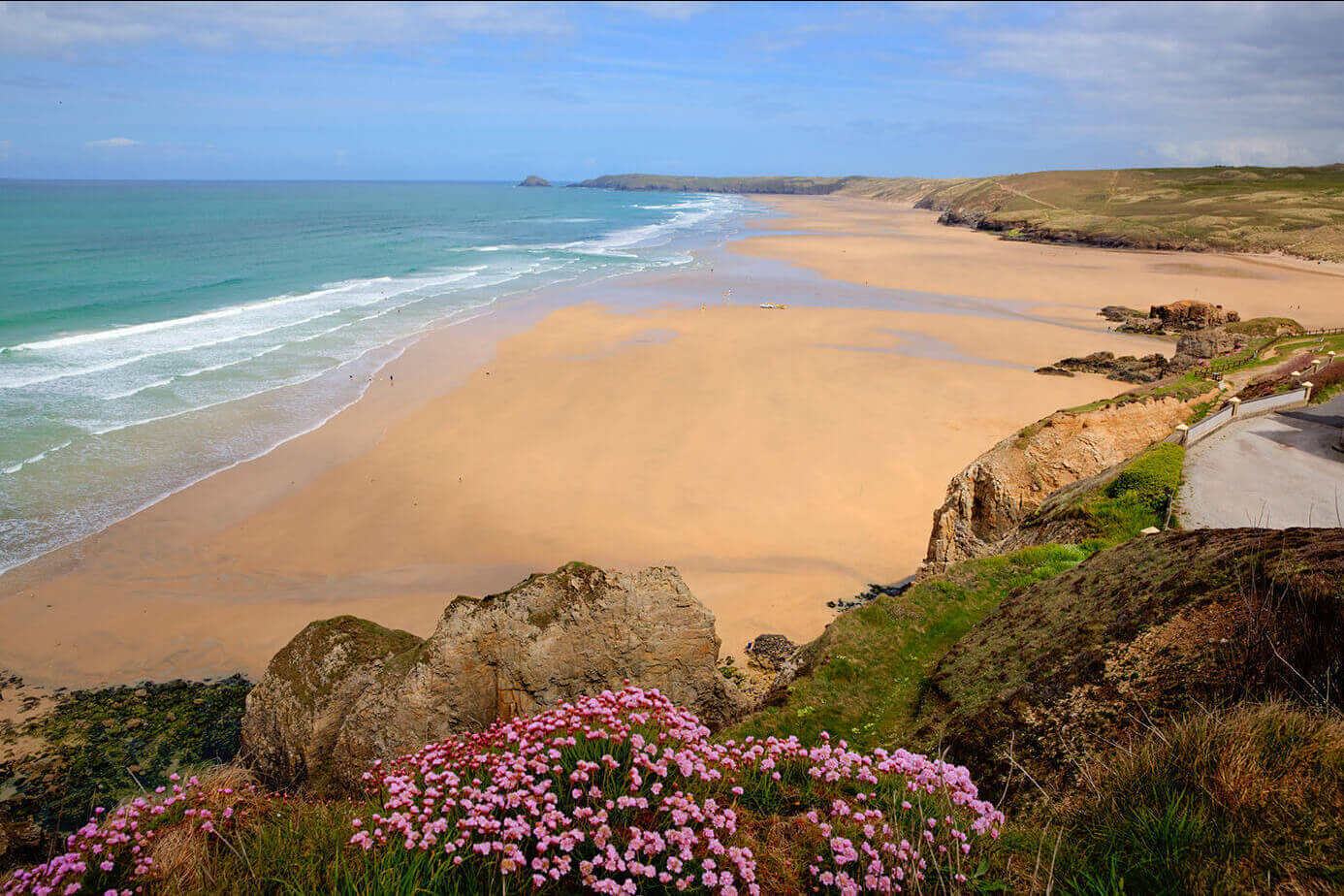 Published within the category of General and tagged with cornwall, and coastal walks

The Driftwood Hotel is perfectly positioned on the Roseland Heritage Coast just east of the River Fal estuary. It’s an Area of Outstanding Natural Beauty, much of which is perfectly preserved by the National Trust, and within a short drive of many of the county’s most beautiful sites.

The hotel sits on the route of the South West Coast Path, which runs the entire length of Cornwall’s jagged coast, so there are stunning walks from the hotel grounds in either direction. But for those wishing to explore further afield, here is our round up of some of the most scenic and rewarding walks in the wondrous, mystical county that is Cornwall. Most are within easy reach of Driftwood and we can guarantee all are worth the effort! 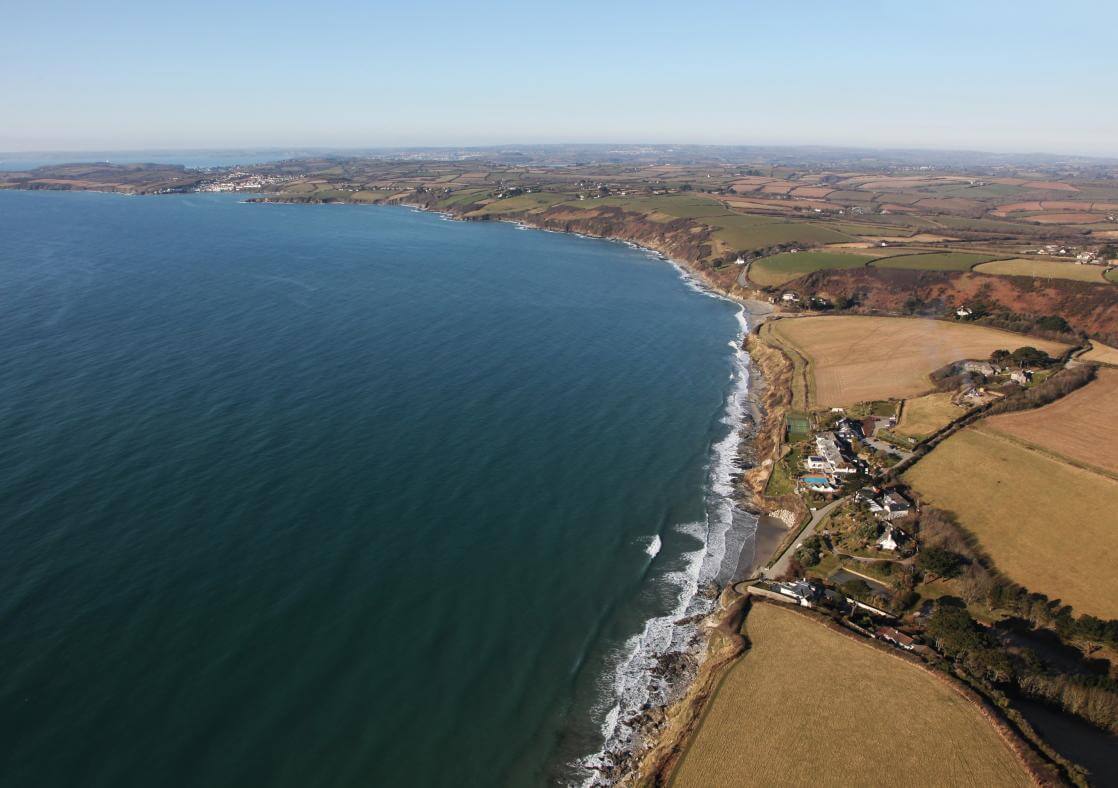 Just a stones’ throw from the Driftwood Hotel, this wonderful nine-mile circular walk route takes in the varied landscape of the Roseland peninsula. Be prepared for a full day on foot. You can start in Portscatho or at the Place Ferry landing at Place House depending on which direction you wish to do the walk in.

Either way, you’ll be treated to panoramic clifftop views out to sea and over golden beaches towards the Lizard Peninsula and Helford River entrance. You can admire the River Fal estuary, Pendennis Point and St Mawes as well as stomping through verdant Cornish farmland and woodland.

The small fishing village of Portscatho has a tearoom, pub and restaurant making it a good place to stop for breakfast, lunch or dinner to fuel or reward your efforts. 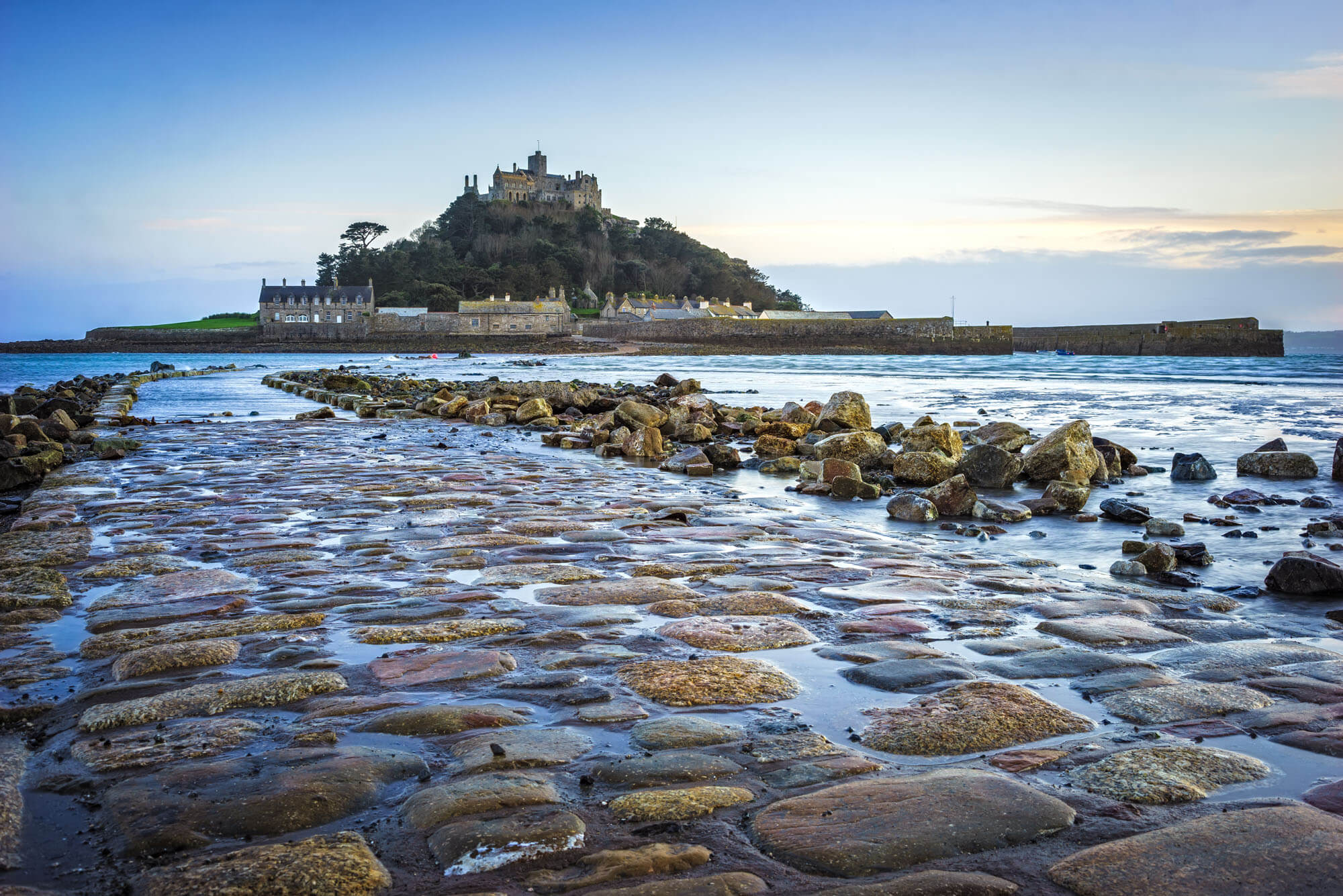 This nine-mile coastal walk begins at the secretive cove of Lamorna, once favoured by smugglers, and follows the South West Coast Path eastwards to the picture perfect village of Mousehole, clustered around its tiny enclosed fishing harbour and described by Dylan Thomas as “the prettiest village in England”.

With a smattering of tempting pubs and tearooms, Mousehole is a good place for a quick pitstop, otherwise continue to Newlyn then Penzance, an attractive bustling town which boasts lots of shops and cafes worth a detour. It is then another couple of miles along the seafront to the village of Marazion, with its clear views across the water of the castle-topped island rock of St Michael’s Mount.

No visit to Cornwall would be complete without seeing this fairytale edifice first hand. Try and time your arrival so you can watch the tide recede enough to cross the causeway to the castle on foot in at least one direction before the sea swallows it once again.

This spectacular seven-mile walk takes you from the gorgeous waterfront village of St Mawes up the green banks of the Fal estuary—known as Carrick Roads—as far as Smuggler’s Cottage. This was famously the home of General Eisenhower during the D Day landing preparations.

As you head north from St Mawes you will pass St Just in Roseland with its church and churchyard that Sir John Betjeman described as ‘the most beautiful on earth.'

You then follow St Just creek and head inland over fields from where you can look down across the mouth of the river to Falmouth and Pendennis Castle. Continue along the road until King Harry Reach and Smugglers Cottage.

From here, you can jump on the King Harry Ferry and get to the other side of the river. Upin reaching the far bank, if you have the energy, you could meander around Trelissick house and gardens, or simply catch an Enterprise Boat from the Trelissick Pontoon back to Falmouth.

From Falmouth, it’s back to St Mawes, completing your circuit. 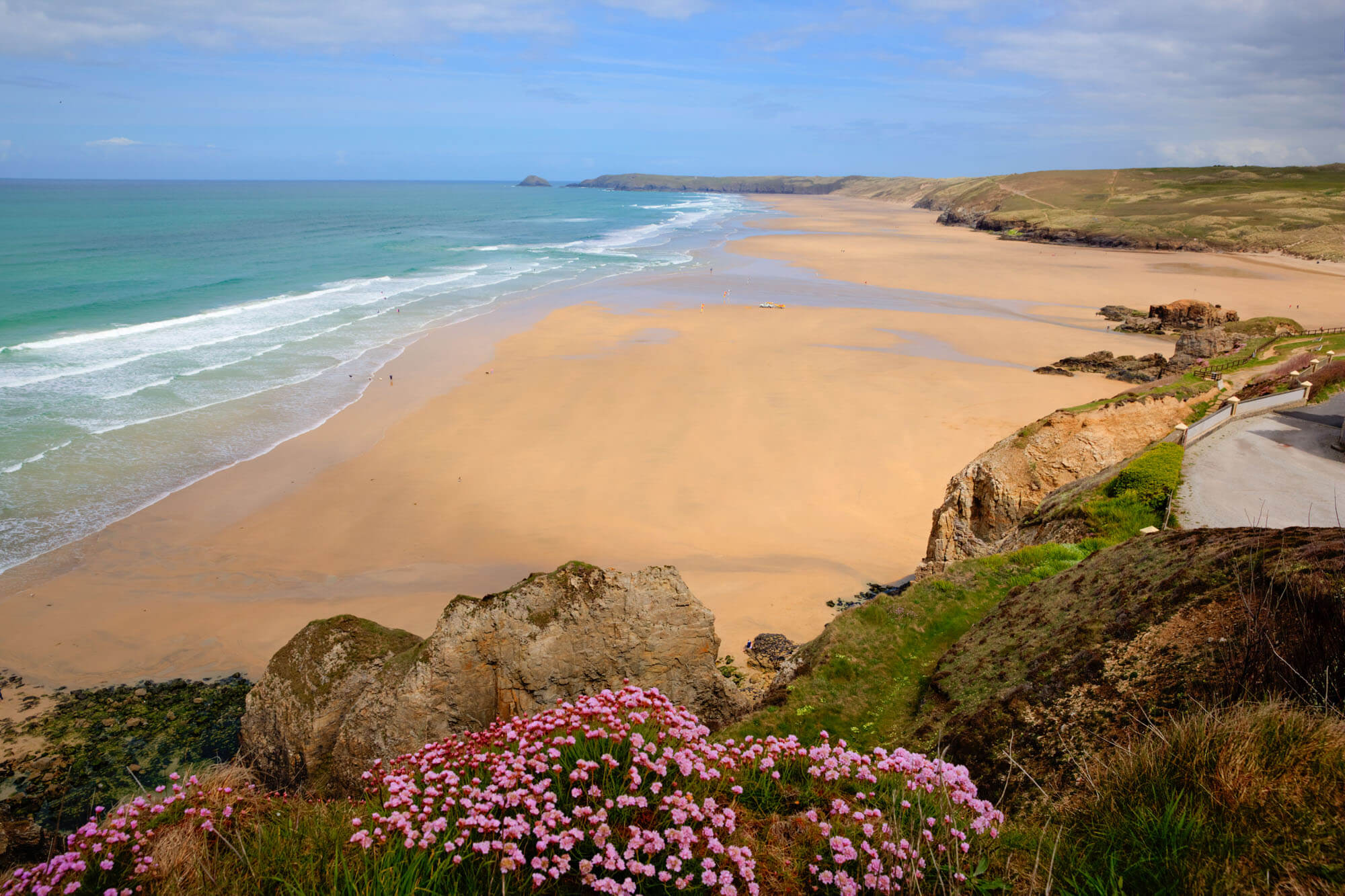 This seven-mile stomp along the dramatic north Cornish coast takes in a World Heritage Site that combines imposing cliffs with a historic industrial landscape carved out by mining for tin, copper and other minerals.

Start in Perranporth and walk up Cliff Road taking in the sweeping views towards Ligger Point over one of Britain’s best surfing beaches. Take the coastal footpath south west, passing the ancient mining remains at Cligga Head with views of Bawden Rocks.

From here, the route continues past more rugged kaleidoscope cliffs of green, red, yellow and grey, reflecting their rich minerality as well as precipitous rocks and secretive coves, before dropping down to Trevellas Coombe, a great rockpooling spot.

Heading inland you’ll pass more evidence of the past mining industry with chimneys and engine houses until you reach Blue Hills Tin Streams where Cornish tin is still worked to this day. You can then look back around at Gross Coombe to take the coastal footpath back to Perranporth. 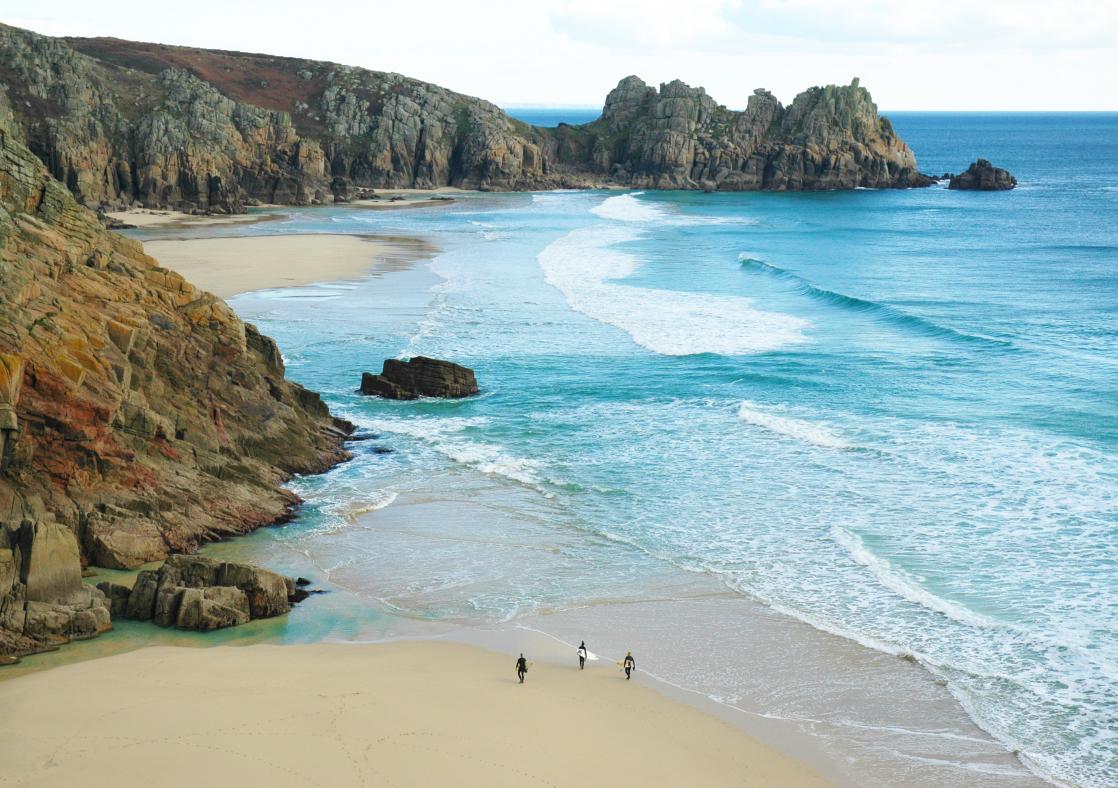 Start this five-mile coastal walk with a quick dip in the sheltered beach below the high cliffs of Porthcurno, before hiking back up and past the Minack Theatre, its amphitheatre carefully carved into the rocks.

The walk will take you along precipitous dark cliffs above the crashing of the Atlantic swell and past a series of stunning sandy beaches, backed by remote hamlets and villages at Porthchapel, Porthgwarra, Folly Cove and Nanjizal.

Approaching Lands’ End you can admire spectacular rocks, such as the arched Enys Dodman, and the point of the Armed Knight—before reaching the South Western most point of England. Stare out west over the wave crests towards the Americas with the Longships rocks and lighthouse before you, then jump on a bus back.

To start this lovely four-mile loop, take the ferry from Fowey across to Bodinnick where there is a steep ascent up the road before you turn off right onto the footpath. The path winds through woodland along the water’s edge, offering glimpses through the trees of the glittering estuary below.

At Penleath Point you are rewarded with stunning views of Fowey’s painted houses gracing the opposite bank, before you start heading up the Pont Pill creek to the tiny quayside hamlet of Pont. It is worth a small diversion up the hill through the woods to visit the tiny remote Lanteglos by Fowey church, which sits silently surrounded by meadows and woods.

The path then follows the creek through dappled woodland back towards the main estuary with more gorgeous river views before you descend into pretty Polruan where a pedestrian ferry will carry back across to Fowey. Just a four-mile loop, the whole walk can easily be completed in a couple of hours and you can reward yourself with a swim at Readymoney Cove once back on the western bank. 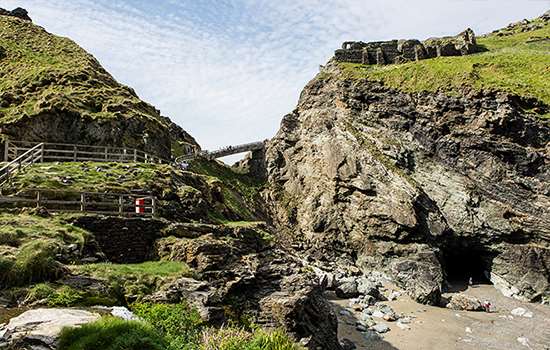 The name of Tintagel alone is enough to conjure images from myth and legend and walking this 5.5 mile stretch of coastline offers some of the best views in Cornwall.

Start at Tintagel, famed as the birthplace of King Arthur, whose ruins perch above dramatic sea ravaged rocks, and head north along the coast. From Barras Nose headland you can soak up panoramic views of the medieval remains before continuing on to the headland of Willapark where the remains of an Iron Age settlement lie beneath the gorse.

Then descend to the golden sands of Bossiney Haven and Benoath Cove before climbing onto the clifftops once again. You will pass a number of offshore rocks with seabird colonies and cliff edge slate quarries around Trevalga, before reaching the quaint historic fishing village of Boscastle. Here, you can seek out an excellent cream tea. 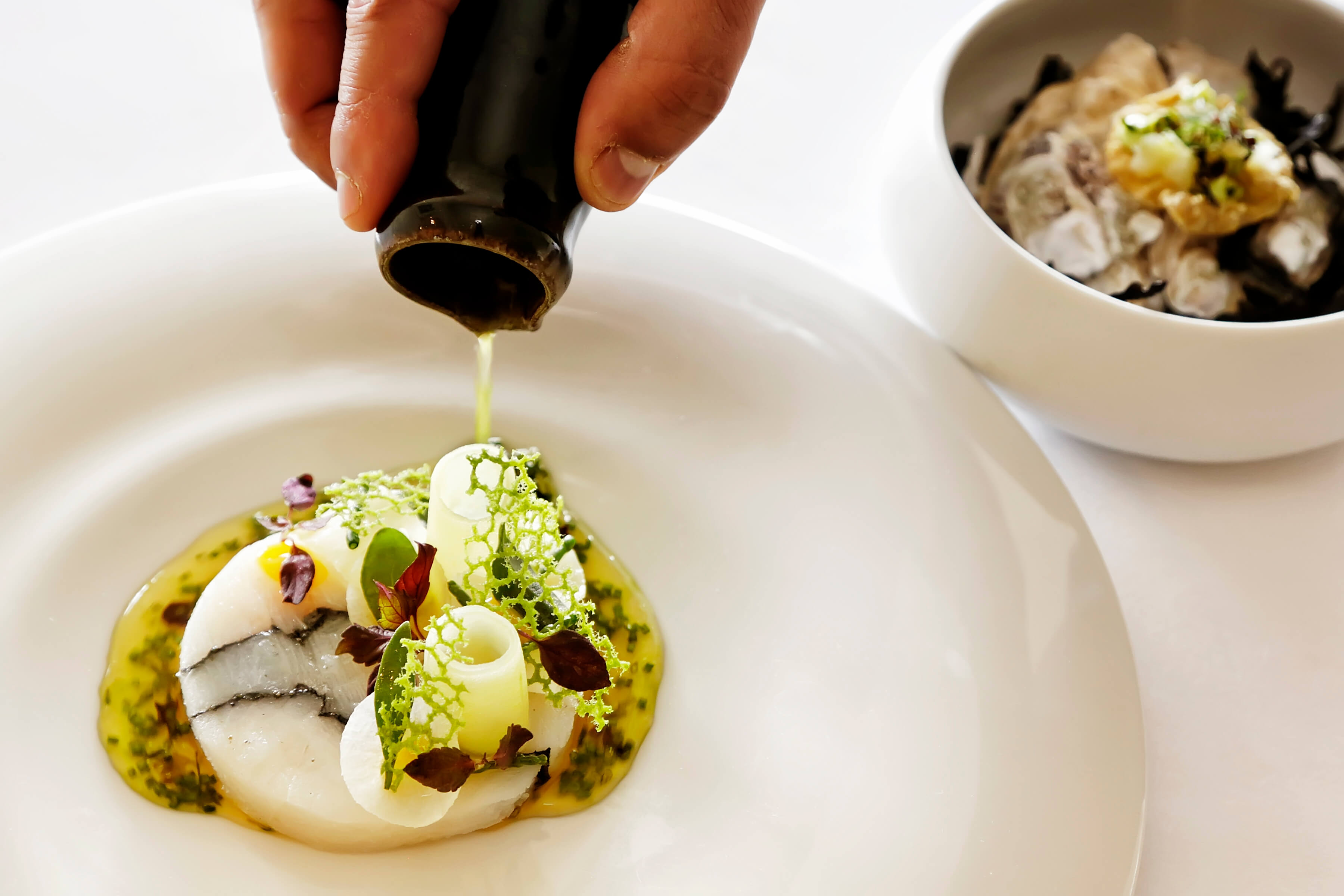 The added bonus of completing any of these stunning walking routes, is that you’ll have worked up a great appetite to really indulge yourself at the Driftwood’s Michelin starred restaurant. 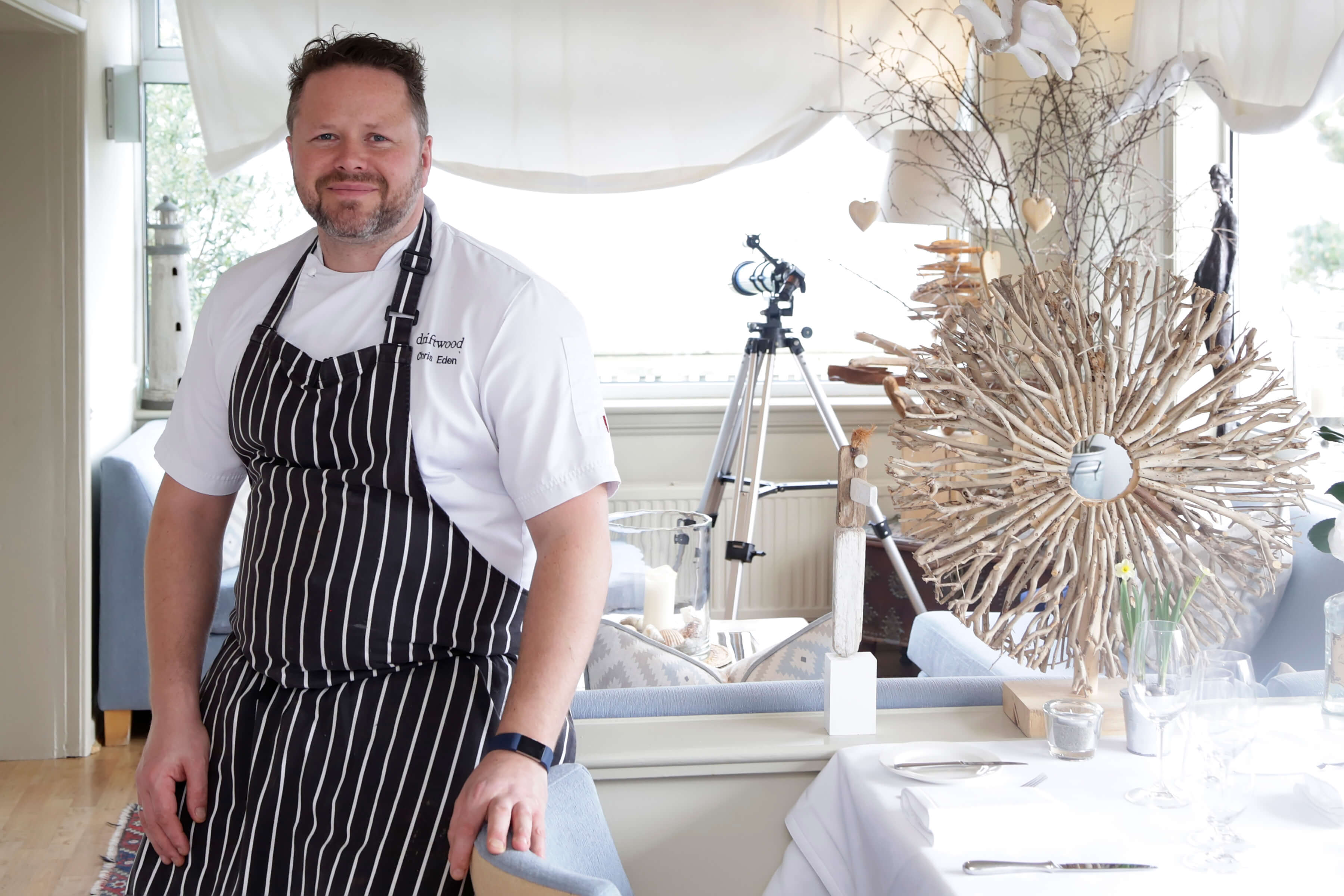 With a passion for the best fresh, locally sourced, seasonal ingredients our head chef Chris Eden serves up some of the most mouth-watering food in Cornwall—so make sure you are hungry and reward all that exercise with a dinner you’ll never forget.