Why Walking is Great for Wellbeing 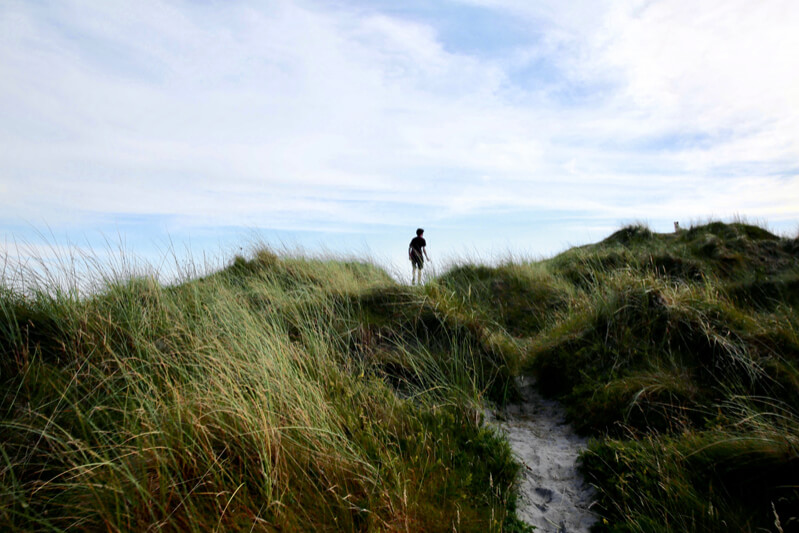 Published by Tom Hall, within the category of General and tagged with walking, and roseland peninsula

General
Walking has been a lifeline for many

There are many forms of exercise, but it could be that walking is the most rewarding and beneficial for our wellbeing. During this pandemic, being able to go out for a walk has been a lifeline for many of us.

Before our lives had intense restrictions, something so simple as walking in the woods was taken for granted.

Now, its existential importance is trickling back into our lives. This is a great thing. Because both exercise and nature are critical to our physical and mental health. We’re understanding more than ever, how even under exceptional stresses, getting outside, and walking, soothes us on a primal level.

For some, walking is viewed as a means of locomotion that gets us from A to B. However, when it comes to exercise there are far better options, such as joining a gym and using the fitness equipment. Or running, or cycling, or swimming, or anything. Whilst these are, obviously, good forms of exercise—the point is that walking gets overlooked, as if it's ineffective.

On the contrary, a decent walk is effective exercise. In fact, walking at a moderate pace can be as demanding as running. Though it may not feel like it, it does the trick.

The physical health benefits of walking are numerous:

Walking on the mind

Granted, walking in an underground car park isn’t likely to give you a spiritual awakening. But walking in the right places can have a profoundly positive impact on your mental wellbeing.

Walking has long been associated with rights of societal and spiritual passage, such as in Aboriginal culture. Throughout history, young Aboriginal men would make a pilgrimage into the Australian outback, living nomadically and immersing themselves in nature, to gain a deeper understanding of themselves, their culture, and existence.

When we stand on a windy peak and watch cloud shadows skate across the hills below or stare out over the unending blue of an ocean, having trekked to find such beauty, we are moved. Not in a 'that’s nice' way. In a primitive, feeling connected with something much larger than ourselves way. The romantic poets described this, almost indescribable emotion, as the sublime. A mixture of being awestruck and experiencing a sort of transcendental pleasure.

Unlike other forms of exercise, walking is the explorer’s tool. It’s the way we discover and engage with our world. To walk and be out there in the wild places is written into our DNA. Instinctively, we crave the sense of freedom it brings.

Combined with the positive mental effects of being amongst nature, walking has been shown to ease depression and anxiety. Essentially, it’s a natural antidepressant. Even if we think we’re doing alright, it has a way of elevating our mood.

Our daily lives are often hectic, full of digital interactions, responsibilities, stresses, and sensory overloads. It can leave us feeling frazzled, uptight, and uncreative. The antithesis to this, is going out for a walk.

Finding ourselves in a peaceful natural environment, with the rhythmic motion of our steps, clears our minds. The mental stimulation of fields, woods, the ocean—is gentle and allows for free-flowing creative thoughts. Hence why artists and writers for centuries have used walking as a muse to influence their work.

A study carried out by Stanford University found that walking increased people’s creative outputs by an impressive 60%.

Walking for a long life

As a sum of the individual benefits walking has on our wellbeing, it’s a given that regular walking increases our lifespans. We would all like to live long and happy lives, and walking plays an integral part in that. Although, in the short term, walking is a wonderful way for us to disconnect from the anxieties of a pandemic for a moment and emotionally liberate ourselves.

We certainly deserve it.

The prettiest walking in Cornwall

Here at Driftwood, we’re right on the South West Coast Path, as it winds its way around the Roseland Peninsula. There’s nowhere else so pretty in Cornwall. Rolling hills, meet aquamarine sea. Lush, wooded creeks and silken sands. It’s a quiet and secluded area, perfect for communing with nature and shedding the stress of daily life. Walking the Roseland is something you’ll remember wistfully for life. The beauty is beyond compare.

We're pleased to share that our restaurant is once again open for dinner seven days a week. Lunch will be available on Tuesdays, Wednesdays, Saturdays and Sundays. Our tasting menus won't be on offer until later in the year.