Foodies, You Must Come to Cornwall—Here’s Why 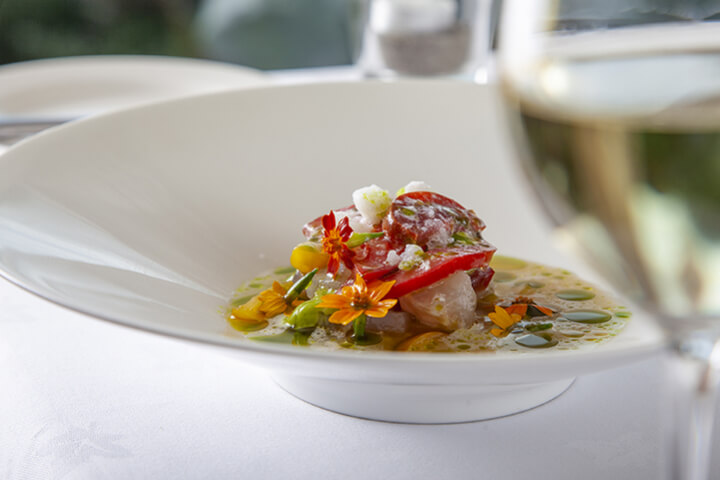 Published by Tom Hall, within the category of General and tagged with food, award winning restaurant, and fine dining 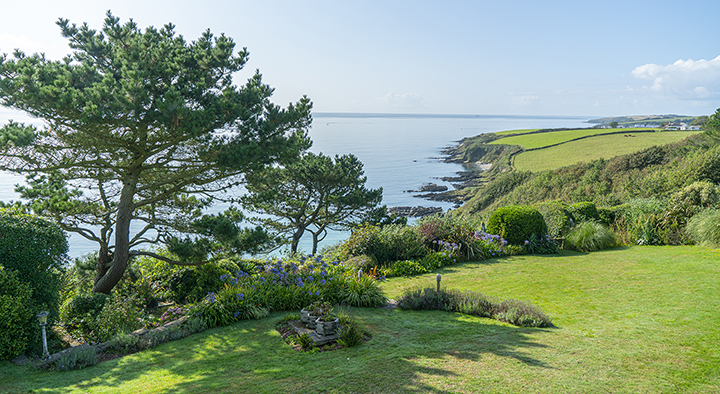 If by some seismic quirk, there was a colossal earthquake and a tectonic rift of apocalyptic proportions ripped Cornwall from Devon—it would be an island. Why does this matter? It doesn’t. Tis’ a tedious way of explaining how central the ocean is to Cornwall and its culture.

In fact, at the southern tip of Cornwall it’s a 20-minute drive between the two coasts, north and south. It could be argued there’s no inland at all. Just pure coast.

With so much readily accessible ocean comes, yes, superb seafood. 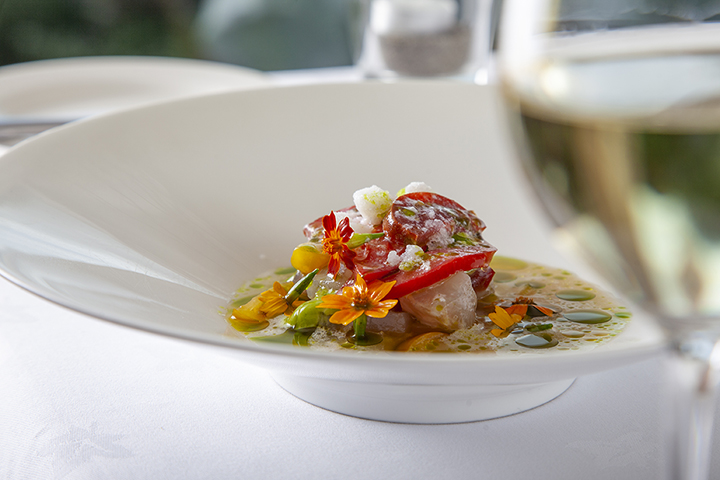 From succulent Newlyn crab to stargazy pie.  Cornwall and seafood are synonymous with one another, historically and in a very modern sense. The fertile seas around Cornwall offer up some of the finest produce to be found anywhere, which has traditionally marked Cornwall as a UK fishing hub.

This also means local restaurants and eateries can instantly get the best of the best seafood. Fish practically leap from the sea and into the broth. Such a bounty when combined with talent and passion gives rise to superstar seafood chefs. The most famous? Rick Stein of Padstow.

However, Rick is not the only seafood chef worth his or her salt—Cornwall has a knack for producing and attracting endlessly creative chefs of all sorts that can stand firm on the world stage.
If you love fish dishes, honestly, Cornwall is heaven. 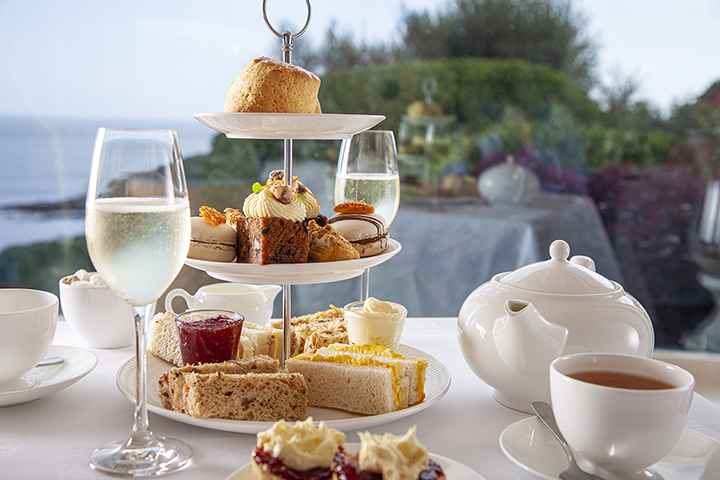 The Best Dairy Produce in the UK

The South West, including Cornwall, is the dairy capital of Britain. By extension this elevates it to one of the dairy capitals of the world—the UK is one of the biggest producers of milk—despite its size—ranking in the top 10 with New Zealand and the US.

So, in Cornwall, what happens to these few hundred million (or so) litres of milk? Being almost submerged in it, Cornwall has become rather proficient at creating luxurious clotted cream and rich, silky ice cream.

Some people visit just to experience a proper Cornish cream tea. For it to be Cornish the jam must go on first, otherwise it’s a dreaded Devonshire cream tea and will taste all funny like—an old bit of inter-county banter. Don’t worry though, you eat your cream tea exactly as you want and ignore the bumper stickers.

Although Devon is also renowned for its dairy produce, Cornish clotted cream in particular has a Protected Designation of Origin (PDO). Essentially this means no other clotted cream can call itself Cornish unless the milk is Cornish.

Cornwall also produces delicious cheeses, such as Cornish Yarg—iconically wrapped in nettles. Cornish Yarg owes its name to Bodmin farmer Alan Gray (see what he did), who three decades ago found a 17th Century cheese recipe in an attic and decided to try it out.

You’ll find a slither of Yarg on a biscuit washed down with a pint of Cornish Doom Bar or Proper Job fair lush. 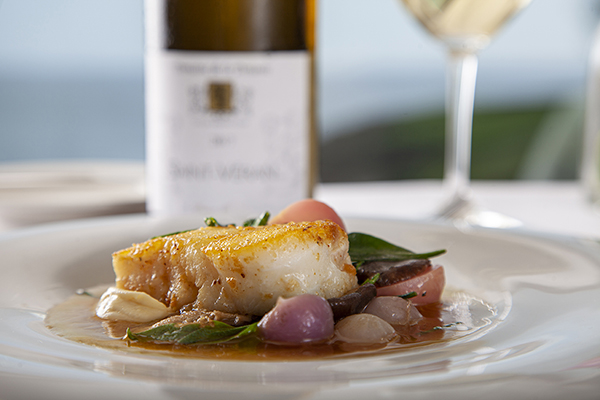 The Chefs of Cornwall Are Spoilt for Choice

Those with a flair for cooking can make minimal ingredients taste fantastic, but even the finest culinary experts cannot make bad ingredients into good food. It’s not how it works.

Ultimately a dish is about the inherent flavours of the raw ingredients—and these need to be quality. Where it becomes art, is experimenting with flavour combinations, discovering how best to bring out subtle tastes, and making everything look attractive.

No chef wants poor ingredients and most chefs want to source local. This becomes an issue in urban areas where ingredients, generally, are anything but local.

Therefore, it’s tempting and rewarding for chefs to set up base in rural counties like Cornwall—with lovely ingredients outside the window—meat, fish, dairy, veg, none of it far away. Of course, many Cornish chefs are Cornish through and through, so have grown up being spoilt for choice.

What truly matters, is that those who cook in Cornwall share a love for this, a wild tip of the British Isles, and its produce—it underpins their kitchens and careers. It’s a place of pilgrimage for foodies. 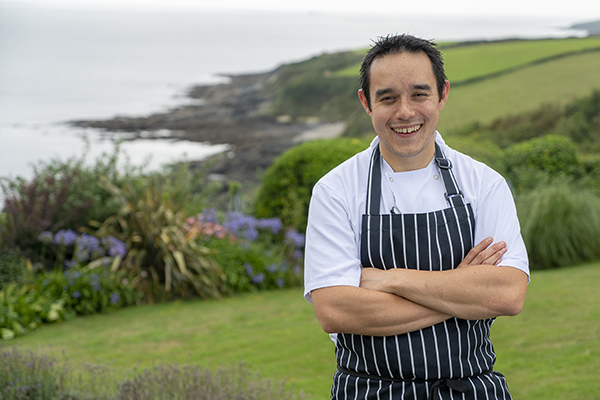 Gifted New Chef at the Driftwood

Olly Pierrepont is our brilliant new chef at the Driftwood and in keeping with this blog we thought we’d ask him about his food journey, from the beginning.

What age did your passion for food begin?

I have always had a passion for food because I have always loved eating! My mother is Thai and is an excellent cook and my father was also a chef, so myself and my sister always ate well when we were kids.

Where did you attend school?

I went to school in Enfield North London and then in Woodstock, Oxfordshire.

Where was your first job?

My first job was with my Dad at his pub and then at the Michelin starred Feathers Hotel in Woodstock when I was 15.

What other restaurants have you been a part of?

After the Feathers I went on to work with Chris Staines at Foliage, Agnar Sverrison at Texture, Phil Howard at the Square, John Campbell at Coworth Park, Simon Rogan at Fera, and for the last five years I have been head chef at the Michelin starred La Trompette in Chiswick—working alongside executive chef Rob Weston.

Who influenced your cooking career?

I have been influenced by everyone I have worked with in my career, but it began with my mum. She developed my palate and love for spicy food from a young age, and my dad taught me about work ethic and to always keep learning. Le Manoir was an amazing training ground—with Chris I learnt to be creative and try things and with Rob Weston at La Trompette I understood that my passion is for great ingredients and honest, tasty food with heart.

What was the allure to the Driftwood?

I was attracted to the Driftwood by the beautiful location and the willingness of Paul and Fiona to let me cook the food that I love, not to mention that many of the country’s best suppliers are based here in Cornwall.
Have you and your family relocated to Cornwall?

I’ve relocated to Truro from London with my lovely wife Ulyana, who has worked front of house at La Trompette and Le Gavroche, and my beautiful boy Robin who turns one in October (and has already developed a love for food).